Note: CSU IP recommends that students apply by the priority deadline as available spaces may be limited on popular programs.

PROGRAM AT A GLANCE

Academic Credit
Students are required to take the equivalent of 15 CSU units per semester.

CLICK HERE to view the Academic Bulletin for this program for further details regarding course credits and academic policies.

Cost
Students pay the same tuition for Spain: Universidad de Granada as the tuition paid for their home CSU campus. For more information on costs, including accommodations, travel and other expenses, see the Budget Estimates above.

Academic Year: August to May. 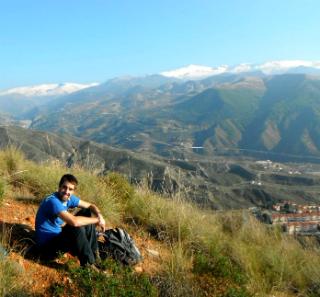 The Spain: Universidad de Granada program begins with an intensive Preparatory Language Program (PLP) during the month of September. The PLP is a Spanish language and culture course focusing on grammar, composition and conversation, as well as an introduction to Spanish culture, history, customs, politics and society. Students take a language placement exam upon arrival to determine their Spanish language level.

During the fall and spring semesters, CSU IP students attend the Centro de Lenguas Modernas de la Universidad de Granada, where classes are offered to visiting international students. Courses at the Centro are taught in Spanish by Spaniards. CSU IP students take courses in Spanish language and literature, as well as in the humanities and social sciences. All students in Granada are required to enroll in at least one course offered by the Facultad de Filosofia y Letras. Most students typically enroll in this course during the spring semester.

For more information about the academic program, students may refer to the CSU IP Academic Bulletin for the previous year. Note that course offerings are subject to change and may not be offered during the year of intended study.

The city of Granada is located in the Andalusia region of southern Spain. The city, which has a population of approximately 240,000 people, stands at the foot of Spain’s highest mountain range, the Sierra Nevada. Granada has a rich historical and cultural heritage influenced by centuries of Islamic rule in the region. It was the last Muslim city in Western Europe to fall to Catholic forces in 1492, just prior to the unification of Spain. The city is home to many iconic examples of Moorish architecture, including the Alhambra. The Alhambra, a complex of Islamic palaces and gardens which dates back to the 9th century, is a UNESCO World Heritage Site and a top tourist destination in the region.

Upon arrival in Granada, students are provided with temporary accommodations arranged by CSU IP.  During the orientation and PLP, the on-site staff will provide students with housing information and assist them in finding permanent accommodations. Most students choose to live in local apartments with other students (CSU students, Spaniards or other international students).

Applicants must have completed at least four semesters at CSUF and 4 semesters/6 quarters of college-level Spanish (through intermediate level) required at the time of application.

According to the CSU IP  Academic Bulletin with the Universidad de Granada. IP students are enrolled in a special division of the University for foreign students, the Centro de Lenguas Modernas (known as Centro or CLM). The CLM website is http://www.clm-granada.com/.

Courses are at the undergraduate level and focus on the language, literature, history, geography, economics, politics, and culture of Spain. All students are required to take at least one regular Universidad de Granada course during the year, but no more than two courses per semester, from the open offerings of most of the Facultades of the University, most commonly the Facultad de Filosofía y Letras. These are referred to as Facultad courses and are worth 3 or 4 semester units.

Graduate students are advised to work with their CSU home campus advisor to select the courses that best fit their academic needs. In general, Facultad courses are more likely to match the needs and level of graduate students. Each semester, students enroll in a minimum of 15 units. Before the fall semester begins, students take an intensive 4 unit Spanish language course SLL 100 (also known as the Preparatory Language Program or “PLP”) which CSU IP considers part of the fall semester load of a minimum of 15 units.